Pilots and their leaders filled our church window sills with reminders of past decades, in commemoration of their 75th Anniversary: 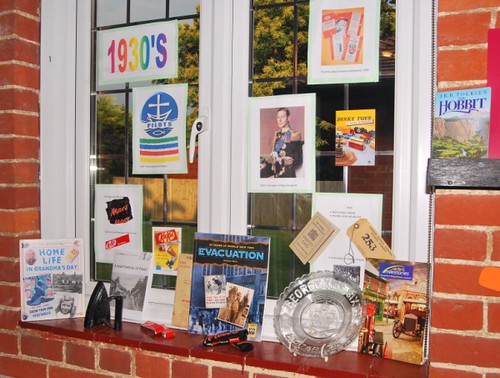 1930s: Pilots were founded in 1931.  This decade saw the outbreak of World War II, and many children were evacuated away from home. 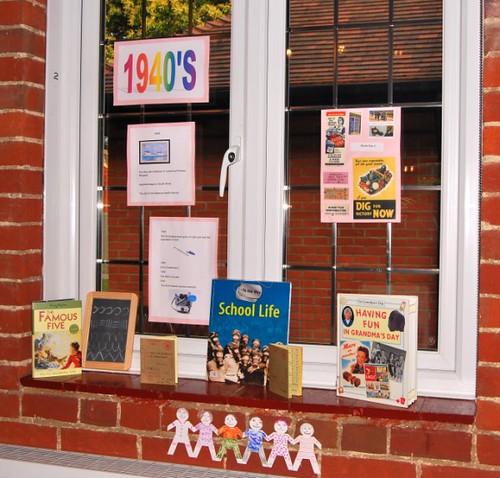 1940s: The War dominated the first half of the decade.  Rationing of food and other essentials continued until well after the end of the War. 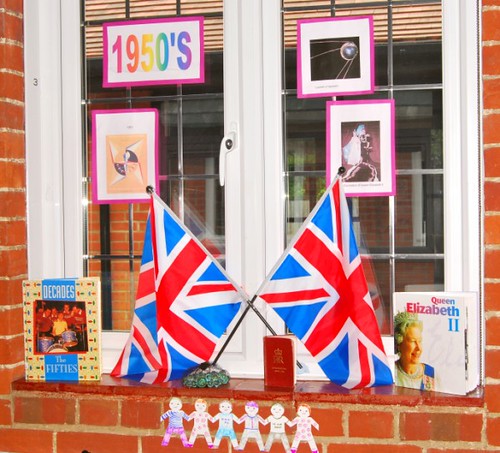 1950s: The coronation of Queen Elizabeth II was a highlight of this decade. 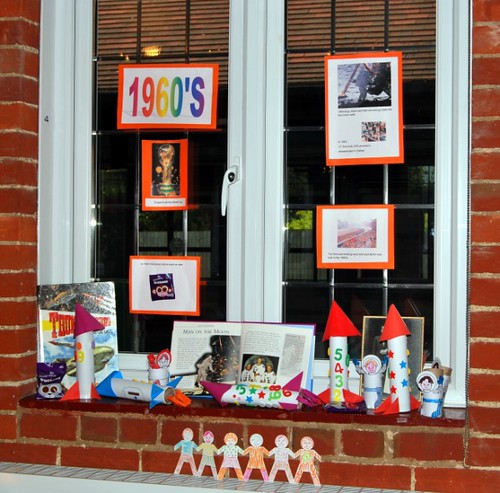 1960s: A decade of pop music and fashion.  Man first walked on the moon, and England’s football team won the World Cup! 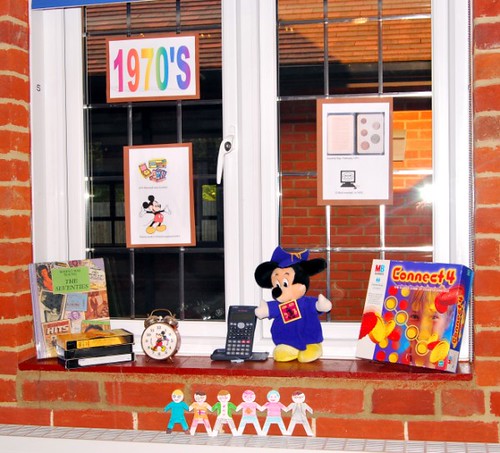 1970s: Decimal coinage was introduced.  This decade also saw the birth of modern computing and the foundation of the Microsoft Corporation. 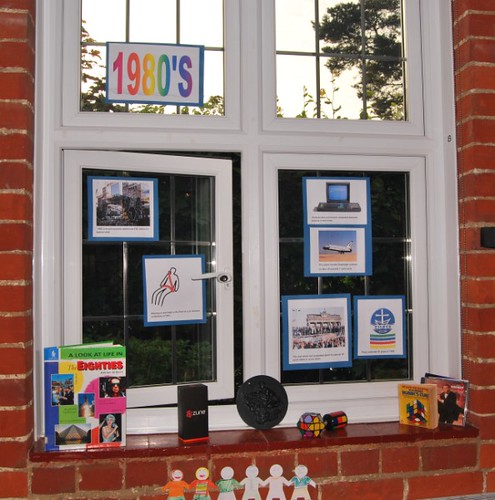 1980s: The Berlin Wall was demolished and the Internet was invented.  Mobile phones started to be used widely, and the Rubik cube was a popular toy. 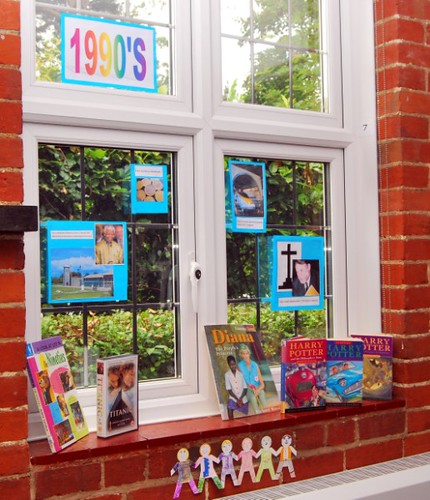 1990s:  Diana, Princess of Wales, died in a car accident, and the first of the Harry Potter children’s books were published.  ‘The Compass’ was produced – a handbook for Pilots groups giving guidelines and useful suggestions for projects and activities. 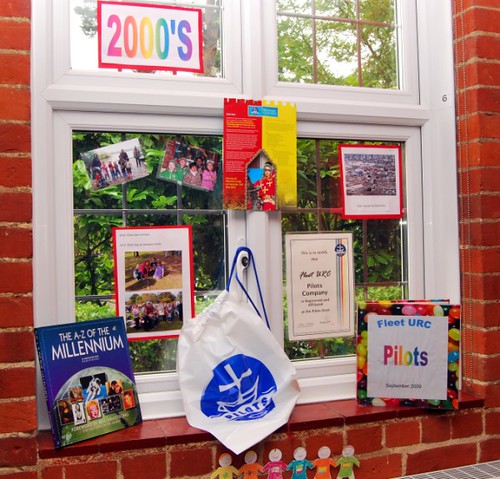 2000s: The Fleet Pilots group was formed in 2009.  In 2010 Pilots groups from all over Britain met at Warwick Castle for a wonderful day out together.