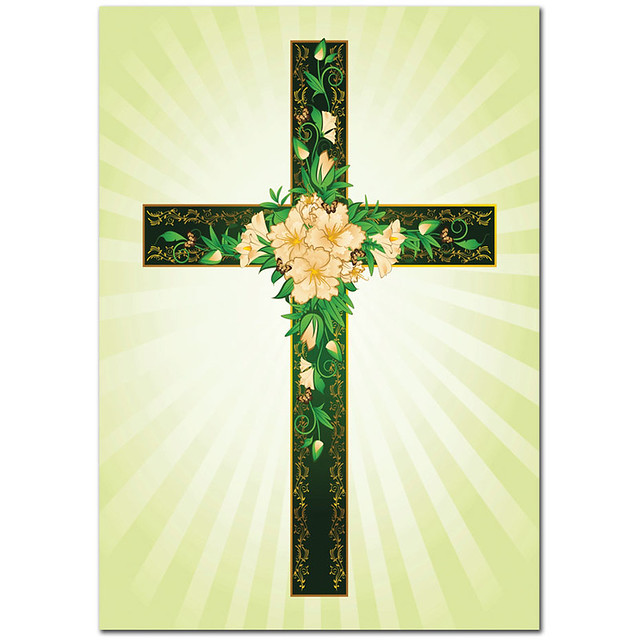 The Cross of Jesus has an incredible power to affect all sorts of people.  There are many stories of how His Cross has influenced the lives of people, often in the most unexpected ways.

Here is a story which I heard first-hand at a Christian Men’s Breakfast organised by a local church.  The breakfast was followed by a short talk by an invited speaker who, on this occasion, was a self-employed plumber.  This was his story:

His daily journey to and from his premises always took him past one of the local churches.  Here he would often pause to bandy words with a man, perhaps an Elder, whose habit it was to stand on the church steps engaging passers-by in conversation.  There sprang up between these two men a friendship of sorts, like an attraction of opposites.

One day the plumber noticed that the man was not in his usual place.  He thought this strange: he missed their friendly banter.

A week later the plumber noticed a party of mourners leaving the church.  On making enquiries he found that the deceased was indeed his missing ‘friend’.

So, purely out of respect, he visited the local crematorium where he discovered, amongst all the flowers, a large floral cross.

This cross bore an inscription – a short passage from Scripture followed by a simple, sincere message.  It moved him to tears.  He found himself thinking, “I would love to be like that man.”

It was the sight of that floral cross which brought one brave man to Jesus, and to share his new-found faith and experience of the Cross of Jesus with sixty or more strangers at a Christian Men’s Breakfast.

Mark Twain said, “Reports of my death are exaggerated.”  To many people, the Cross of Jesus remains a symbol of hope: hope of some certainty in an uncertain life.