Our former minister, Stephen Thornton, has been working as a volunteer Games Maker at Wimbledon during the London 2012 Olympics.

Responsible for a team of twelve other Games Makers, Stephen’s duties included welcoming people from all over the world, checking their tickets, showing them to their seats, answering queries, and generally making sure that everyone was happy.

“It has been a wonderful experience,” commented Stephen, “It was a picture of the Kingdom of God, with people of all nationalities and from every part of the globe coming together to enjoy themselves.  My job was to enable them to do that.”

And Stephen even got to see Andy Murray take the Gold Medal in the final of the Men’s Singles! 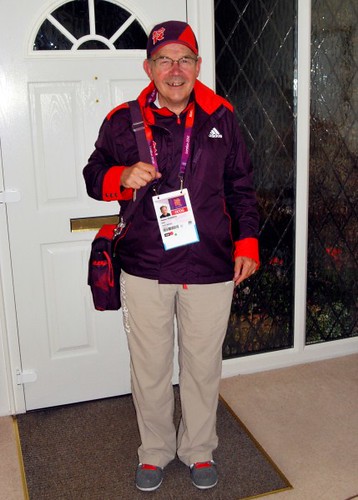