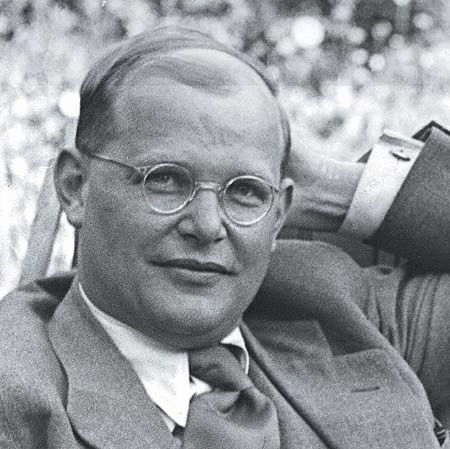 February 4th 1906 was the birth date of the German theologian and Pastor, Dietrich Bonhoeffer.  He became a minister in the Lutheran Church, and was outspoken about what was wrong when the Nazis first came to power.  He spent two years as a minister in a church in London, but chose to return to Germany once it became clear that war would break out.

He wrote, “I will have no right to be a part of the reconstruction of Germany after the war if I do not share in this time with my people.”

Like many others, he must have had great courage, intending to do whatever he could to oppose the evil being done in the name of the country.  He knew the risks for himself in remaining a critic of the Nazi government and, on his return to Germany, his every move was watched.

In July 1944 a plot to kill Hitler failed.  Bonhoeffer was one of many who was implicated in that threat, and he was imprisoned.  Less than a month before Germany’s surrender he was taken into the prison yard and hanged, aged 39.

The prison doctor said of his death: “I saw Pastor Bonhoeffer kneeling on the floor in prayer.  I was most deeply moved by the way this lovable man prayed, so certain that God heard his prayer.”

Dietrich wrote this short prayer about love and hatred, and we can make the prayer our own today by thinking of those people with whom we haven’t got on very well over the years:

Lord God,
give me such love
for you and for others
that it will blot out
all hatred and bitterness.
Amen