The online Ancestry site, ancestry.co.uk, recently announced that the first section of the ‘Non Conformist Registers’ had been put online.  These registers contain the birth, baptism, marriage and burial details of hundreds of thousands of people who refused to conform to the doctrines of the Church of England, and 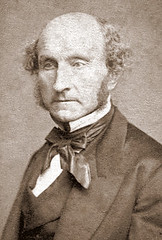 include the Congregationalist and Presbyterian forerunners of the United Reformed Church, as well as Baptists, Methodists and Quakers.  Daniel Defoe, William Blake and John Stuart Mill are amongst the well known names featured.

Until 1828 there were laws restricting the civil rights of those not professing allegiance to the Church of England; these laws prevented nonconformists from working from the state, holding public office and going to university.  Many endured discrimination, intimidation and even physical violence.

Non Conformists were often intellectual freethinkers who can be largely credited as the driving force behind modern civil liberties.  Dan Jones, a director of Ancestry.co.uk commented: “Many of the free, multi-faith and multi-cultural societies around the world owe a great deal to 18th and 19th century non conformists who fought for a more tolerant and diverse Britain. 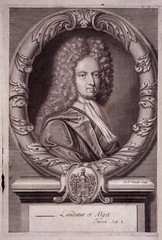 “Anyone who is lucky enough to find an ancestor within these records can be proud in the knowledge that their forebear was someone who wasn’t afraid to be different or stand up for what they believed in.”

The online database originally came from the London Metropolitan Archives and may be consulted, for a subscription fee, on the Ancestry website: ancestry.co.uk/LMA.