This week, representatives of the United Reformed Church, together with other Christian Churches and charities, delivered a strong message on poverty to prime minister David Cameron.  This coincides with the launch of Church Action on Poverty’s three year campaign entitled Close the Gap, which challenges Church and political leaders to give, act and pray to Close the Gap between rich and poor in the UK.

Church Action on Poverty delivered a survey based on their earlier ‘Dear Prime Minister’ listening campaign, which asked members of churches across the country to share their key concerns about poverty and inequality.  At the same time, representatives of Baptist, Methodist and United Reformed Churches delivered postcards with key messages for Mr Cameron and Mr Clegg from ordinary Christians present at last year’s Greenbelt festival, where poverty and inequality were the main issues of concern to those who attended.  A typical message was: “Big Society sounds great in principle, but only if you back, support, and resource the volunteer organisations that largely facilitate this reality.  So don’t cut their funding or Big Society will be a big flop.”

(To read the full article, which appears on the website of the United Reformed Church, click this link.) 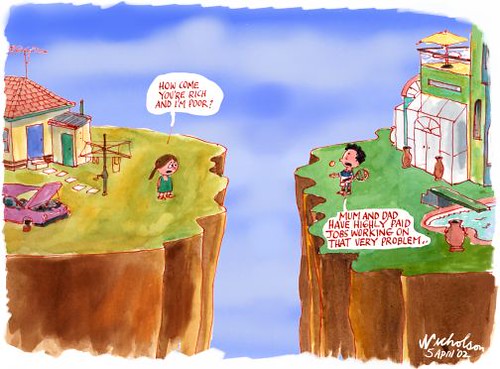