Some more reflections from those who joined our recent pilgrimage to Oberammergau and the Austrian Alps: 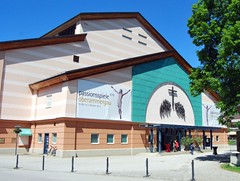 The journey to Oberammergau was something I had never expected to undertake.  It has been one of the most awe-inspiring things I have ever done.  I cannot find words to describe my feelings.

I think that what most touched me was that these lovely people of Oberammergau have kept their promise over so many many years.  Their portrayal of such a gruesome end to a person’s life is breathtaking.  Long may they carry on doing this in the hope that people will stop fighting and being cruel to one another. 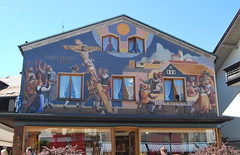 In the same era that J S Bach was writing his music, and Shakespeare was writing his plays, the first Oberammergau play was written, and still in the music and writing you can hear Bach’s kind of music and the beauty of words. 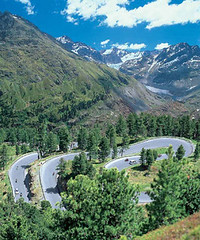 It was great to visit the play where my parents went in 1960.  There we saw the love of God shining through, and calling us to be God’s own.  In the play the Roman and Jewish authorities seemed stupid, unable to see truth and love before their very eyes, but I guess they stand for us all.  Then we saw the risen Christ with his people, just as he is today.  Very moving.

And the rest of our time in the magnificent mountains of Austria was a time to remember too.  Great. 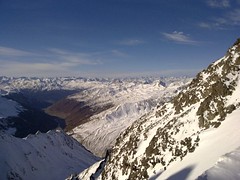 Clive and I thoroughly enjoyed our time away with so many delightful people.  The highlight for both of us was not the Passion Play, magnificent though that was.  What really spoke to both of us was the sheer beauty of the landscape at the top of a glacier.  Having spotted a cable car we took the ride to the top, and were stunned by the sheer awesomeness of God’s creation.  The hymn that echoed round the mountains on our way down was: ‘How Great Thou Art’! 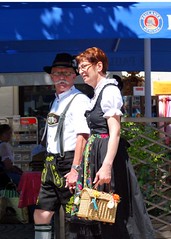 What can one say about Oberammergau?  To me, to see the Play equates to the pilgrimage Muslims make to Mecca: every Christian should make the journey at least once in their life.  We really felt at home with you folk from Fleet and the friends from Amersham.  The hotel was really great, the weather something else, and the friendship something to remember.

This was our second visit – the last in 1990.  I think the memories of this visit will remain with us forever.  God bless you all.