On a Sunday morning in July, our Minister shared with us his thoughts on Ephesians 2:19 –

‘So then you are no longer strangers and aliens, but you are citizens with the saints and members of the household of God… ‘

In conclusion, he spoke about some advice that his father once gave him.  I thought this was quite touching and I wondered aloud, as we took our leave, whether we should speak more about our own forebears. 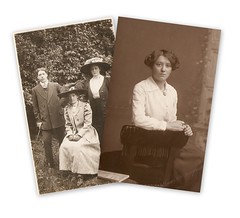 You see, I sometimes think that we live so much in the present (how else can we live?) that we lose sight of our past.  I don’t mean that we forget our parents and grandparents.  Of course not.  But that’s quite a short span.  On the other hand, and beyond the shadow of a doubt, one morning in April 1912 some of our forebears awoke to hear that the Titanic had hit an iceberg and sunk with a terrible loss of life.  Incredibly, that will be one hundred years come April 2012.  The past is nearer than we think! 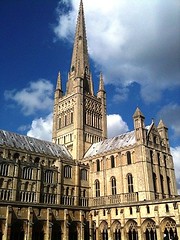 Then again, we might read that in the year 1350 Norwich was the second largest city in England and a hive of industry.  You and I don’t immediately think of our ancestors as being part of a fourteenth-century culture.  But they were.  What is more, it’s almost certain that in the year 1350 that same text from St Paul’s letter to the Ephesians was being read in churches in Norwich, just as it was being read here in Fleet URC in July 2011.

Do you remember the late writer and broadcaster Arthur Marshall?  He used to appear with Frank Muir in the BBC TV series ‘Call My Bluff’.  Many years ago he wrote a short article in which he said…  “After all, we are only 15 coronations from Elizabeth the 1st, and only about 70 generations from Jesus Christ”.

Well, yes!  Put that way, the past does seem to move a lot closer.