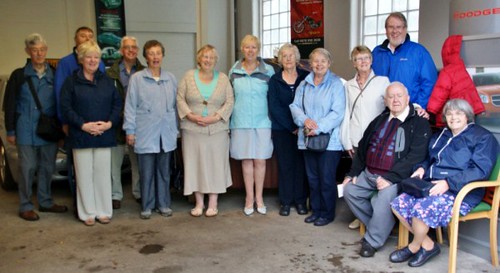 A special Centenary celebration took place on Saturday 14 July, when a number of members met to give thanks for the commencement of 100 years of Witness and Service in Fleet.  It was planned to take place at exactly the same venue, Pinewood Hall (on the corner of Kings Road and Fleet Road), and at the same time, as a century before.

The first services were held in Pinewood Hall as it was not until 15 July 1914 that the present Church in Kings Road was completed and ready for use.

Those present at the commemoration thought back to the opening service, and some of the people who probably attended in 1912.  They were reminded of some of the highlights of the Church over the first 100 years.  There was a Bible Reading and a Thanksgiving Prayer, followed by the Lord’s Prayer.

The church was grateful to Mr Charles Norman, who made the premises available for this special occasion.