Forty years of “life with unity” within the United Reformed Church was offered as an encouragement to Christians of other traditions, during Sunday Worship live on BBC Radio Four on 19 February. 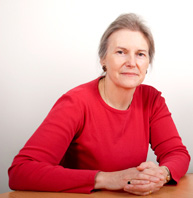 The Revd Dr Kirsty Thorpe, Moderator of the URC’s General Assembly, led a service to mark the 40th anniversary of the coming together of Congregationalists and Presbyterians in England and Wales to form the URC.  It was broadcast live from Wilmslow United Reformed Church, where she is minister.

The service also marked 350 years since the parting of the ways between the Church of England and those non conformist clergy who could not accept its authority in 1662.  Earlier this year the URC and the Church of England re-committed themselves to working alongside one another in a service of reconciliation at Westminster Abbey.