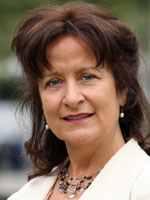 Baroness Helena Kennedy QC, one of Britain’s top lawyers, has recently taken up the post of principal of Mansfield College, Oxford.  Baroness Kennedy has spent her professional life giving voice to those who have least power within the system, championing civil liberties and promoting human rights.  Commenting on her appointment, she said: “The glory of Mansfield for me is its dissenting tradition – providing education for those originally excluded from Oxford”.

Baroness Kennedy will be a guest speaker at a conference organised by the United Reformed Church and the Congregational Federation, on the subject of Courage, Conscience and Conviction.  This will take place at Mansfield College on 16-18 March 2012, and will reflect on the contemporary relevance of 350 years of dissenting history.