On a recent Sunday morning our Minister said “Our closing hymn is number 608, “Awake, awake to love and work!  The lark is in the sky…” 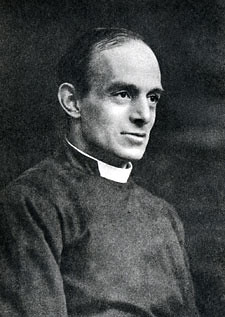 At this point I glanced idly down to the author and read G A Studdert-Kennedy (1883-1929).  At once I was transported back to the story of a young priest of St Paul’s, Worcester, who took a break of three years to serve in the trenches as an Army chaplain in what we call the Great War.

But Geoffrey Studdert-Kennedy was also a poet, and to one of his poems he gave the title Indifference.  I expect you have read it: it goes like this…

When Jesus came to Golgotha they hanged Him on a tree,
They drove great nails through hands and feet, and made a Calvary;
They crowned Him with a crown of thorns, red were His wounds and deep,
For those were crude and cruel days, and human flesh was cheap.

When Jesus came to Birmingham they simply passed Him by,
They never hurt a hair of Him, they only let Him die;
For men had grown more tender, and they would not give Him pain,
They only just passed down the street, and left Him in the rain.

Still Jesus cried, “Forgive them, for they know not what they do,”
And still it rained the wintry rain that drenched Him through and through;
The crowds went home and left the streets without a soul to see,
And Jesus crouched against a wall and cried for Calvary.* 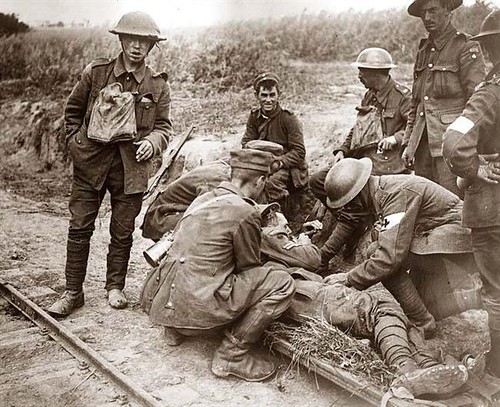 In the Great War the soldiers gave the Revd Geoffrey Studdert-Kennedy the nickname Woodbine Willy, from the name of the cigarettes which he generously distributed.  The troops all loved him.

“To give and give, and give again,
What God has given thee….”

They never had ‘No Smoking’ trenches in the “war to end all wars”!

*From The Unutterable Beauty, the Collected Poetry of G A Studdert-Kennedy, Hodder and Stoughton, 1927