(This text describes how Abraham was called by God to take his only son Isaac to Mount Moriah and sacrifice him.  How Isaac carried the wood for the fire, asking where was the lamb to be sacrificed, and Abraham replied that God would provide the animal.)

At the start of the study the Minister reminded us that, although the book of Genesis is the first book of the Bible, it was the last to be written.  It was written in an attempt to help the exiles returning from Babylon to know who they were, and who they would become.

Bron Lambert led the study, which demonstrated a different way of ‘exploring the story’, so that we were empowered to read the text for ourselves.  The text is not literal truth, so we need to find out what it is trying to tell us. 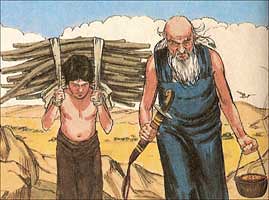 Twelve cards were placed on the floor, each with a different title on it representing a different interpretation of the story.  The reverse had a quote or comment from the Bible, famous theologians, philosophers, and other learned men.  Each member of the group was invited to pick a card and say what they felt about the point of view expressed, and whether they found it helpful or not.

The first card chosen was TRUE FAITH.  Is it true that Abraham was obedient, and trusted God to provide an alternative sacrifice?  After discussion we decided that the story did demonstrate True Faith, and this point of view was therefore helpful.

Next chosen was SELF SURRENDER.  God must be first; we must give our best and fullest allegiance.  Again, after discussion we felt this that this was true: though we may struggle with this at times, we must put God first.

Next, A SENIOR MOMENT, suggesting that Abraham had a senior moment and was unsure of what and why he was doing this.  We decided there was no purpose in this suggestion.

THE WRONG CHOICE: In this view Abraham failed the test.  He loved God more than his own son – was this the wrong choice?  Of course it wasn’t the wrong choice.  We may find it hard to imagine we could totally obey God in a similar situation, but we must try.

LIVING WITH LOSS:  Does it give us courage to seek all God has promised?  We were unsure how helpful this statement was. 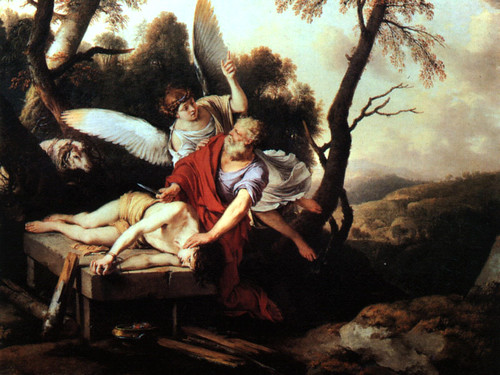 AGAINST CHILD SACRIFICE: Was this a story written to explain that God required animal, not human sacrifice?  Most of us felt that this was not the reason for the story, though we were certain God would never want human sacrifice.

CHILD ABUSE:  This concerned Western thought about how children have been treated, ie as less than human and as the property of parents.  Is this the meaning?  We thought not, and considered this card unhelpful.

A GOOD WORK: This view shows Abraham’s faith to be real and justified.  Is this really what the story is saying – we were unsure.

GODFORSAKENESS: This view puts Abraham in a Godforsaken situation, not really knowing.  Here most of us agreed it was how we would feel if we were called upon to sacrifice our child; most felt that they would not be able to obey.

A VOICE TO BE DOUBTED:  Was this really the voice of God?  How do we discern what is or isn’t God’s voice?  We admitted difficulty in discernment, and said how much easier it is to think that what we want is God’s guidance.

A BID FOR POWER: Some modern day interpreters see in this text a story linking Mount Moriah with the Temple – seen as one of God’s great acts.  We felt it was wrong to use the text in this way: as with many Bible texts it is used as a means to an end and not at all helpful. 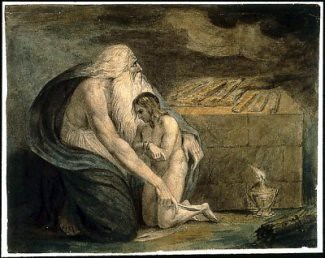 SELF SEEKING: In this model Abraham is seen as self-seeking, ie treating Isaac in the same way that he put Haggai and Sarah in front of him in times of trouble, using them to protect himself.  The test was to see if even once Abraham would say to God: ‘Spare my son, take me’.  He didn’t, but was this what the text was saying to us?

There was no real conclusion from this study, but a lot to take away and think about.  In the same way we should study the readings on Sundays: take them apart and seek what God is saying to us.

We closed our study in prayer and quietly left, deep in thought.  Exploration of different methods of Bible study will put the emphasis on transforming Bible studies, helping us to grow in our knowledge.